Rhona Sellschop – A guineafowl for dinner

Winner
Tim Gould – Gemsbok in the last light of day

Tim Gould – Gemsbok in the last light of day 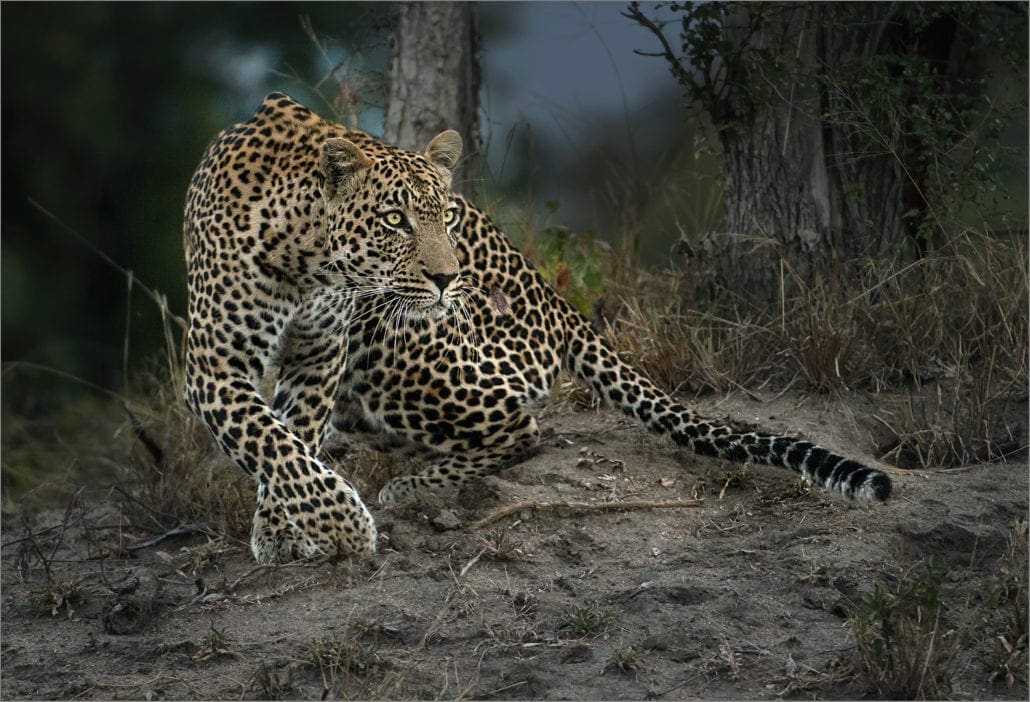 “This image is an expression of privilege.  The privilege of superior equipment, an opportunity to spend four days in the Sabi Sands Reserve, the support of the trackers, guides and photographic mentors of the ‘At Close Quarters’ organisation and then, of course, the privilege of that Divinely controlled phenomenon the places one at the right place at the right moment in time.  Beyond that there is the privilege of having had five years of PSSA-inspired and club controlled interaction in the disciplines of photography.  Given these privileges, I am sure thousands of people could have secured the same  image.

It being late on a June afternoon at Djuma in the Sabi Sands Reserve, the light levels were very low. So I chose an ISO of 1600  for a handheld  Nikon D800 set on aperture priority.   It was fitted with a Nikon 70-200mm  lens set on 200mm to give me an aperture of f3.2 for extra light and a diffused background.  With an EV of -1.7, the shutter speed was a 640th.  Finding the leopard and positioning the vehicle was a tribute to the staff of the ‘Big Cats Safari’ offered by the ‘At Close Quarters’ organisation.  In these cases things happen quickly and are gone in a flash.  So one cannot deny a significant  element of luck in having recorded  this elusive moment in time.” 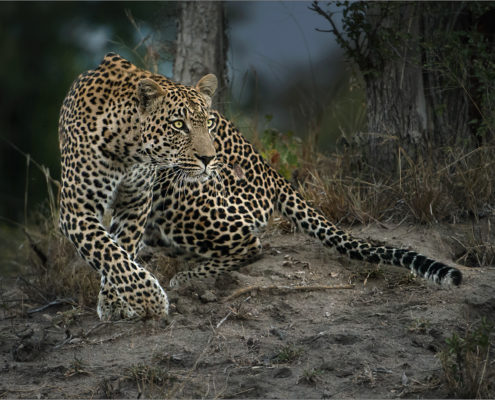