Malcolm Sutton – Battle of the Giants 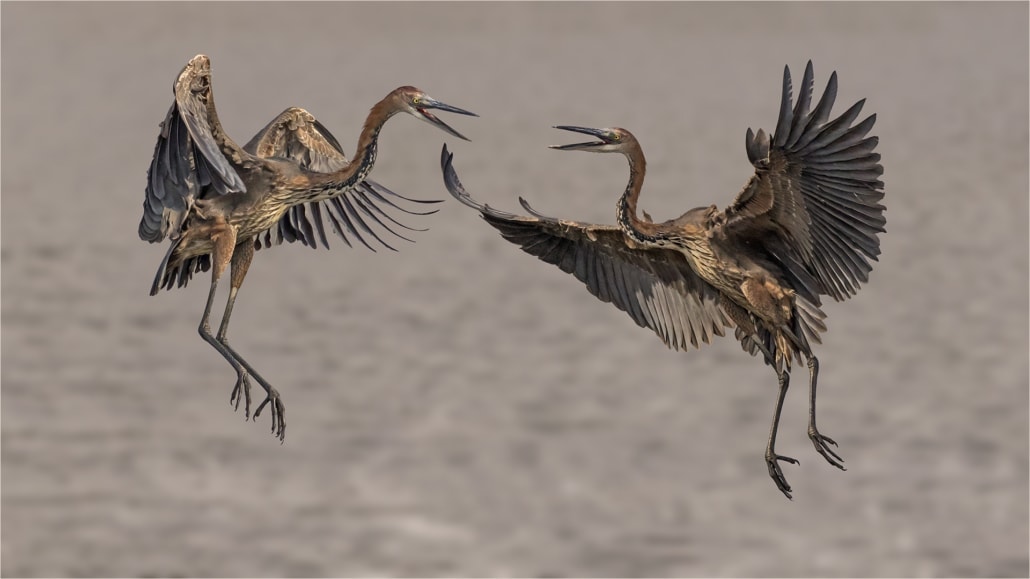 A Goliath Heron regularly visits the Umkobi Estuary on the KZN South Coast. On this occasion it was perched well over a 100 metres away and too small in my viewfinder for good images, but little else was happening, so I took a few shots whilst it preened itself and moved about on the perch. I was ready when it took off and extremely pleased when it flew towards me. I was intent on keeping it in focus and tracking it, and even started to worry that it might come too close and no longer fit in the viewfinder, when it took on an aggressive manner. It was telling a White-breasted Cormorant to clear off from another perch. Unfortunately the only images I captured with the cormorant had it submissively dropping into the water behind the perch. I was happy with the images of the heron but decided that there would be far more ‘wow’ if it contained two birds interacting. My final image is a composite of two of these images, with the bird flipped horizontally and its head raised slightly (so that they are looking at each other) in one of the images, using Adobe Photoshop CC 2015. 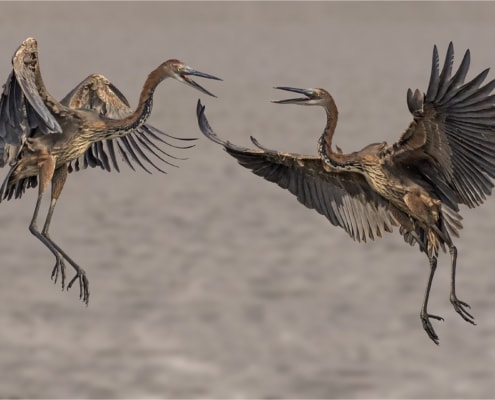